Yaletown Partners is proud that its portfolio company GoSecure has closed an over-subscribed US$35 million Series E growth financing. Yaletown led the initial US$21 million portion of GoSecure’s Series E last summer, with the participation of Bank of Montreal, SAP/NS2 and Razor’s Edge, among others, and also participated in the recent US$14 million top-up to complete the round, which was led by W Investments Group.

GoSecure is an established leader in the rapidly growing Managed Detection and Response (MDR) market. As more of us work, shop and socialize remotely due to the pandemic, we are increasingly susceptible to online threat actors. MDR tools guard Internet gateways and can detect malware and malicious activity that have passed traditional perimeter security tools, while assisting in rapid response to eliminate those threats.

GoSecure offers a market-leading portfolio of predictive threat detection and response capabilities, delivered as a cloud service, to protect critical data and assets. GoSecure is the first and only security provider to offer a full spectrum—from managed threat hunting to managed incident response and forensics services—across the endpoint, network and inbox.

Founded in Montreal, Québec in 2002, GoSecure now has more than 200 employees, with country headquarters in both Montreal and San Diego.

Yaletown focuses on the digital transformation of traditional industries. Digitalization adoption at the enterprise-level is reaching a tipping point and cybersecurity is a key foundation, as it protects company assets in a dynamic environment. GoSecure’s threat detection technologies fit squarely within Yaletown’s integrated, responsible and forward-thinking investing framework.

Yaletown looks forward to supporting GoSecure in its continued growth. 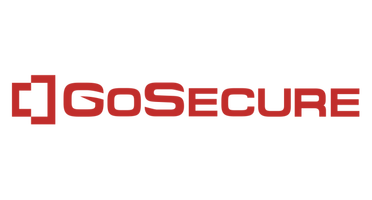 Yaletown Partners was proud to work closely with one of our Portfolio Companies, GoBolt, in their recent announcement of raising m…

Yaletown Partners Features in The 50: A Guide to the Canadian Venture Capital Ecosystem

Yaletown Partners is thrilled to be featured in the 2022 edition of The 50: A Guide to the Canadian Venture Capital Ecosystem, a c…

Yaletown Partners would like to congratulate its Managing Partner, Salil Munjal, for being recognized, for the second time, as one…

We’re always on the lookout for new tech ventures that can digitally transform traditional industries, by solving business problems, creating operational efficiency, and achieve a positive impact on climate change.